Orchestrate your PKI infrastructure and streamline security for your public key certificates.

What is Code Signing Certificate? 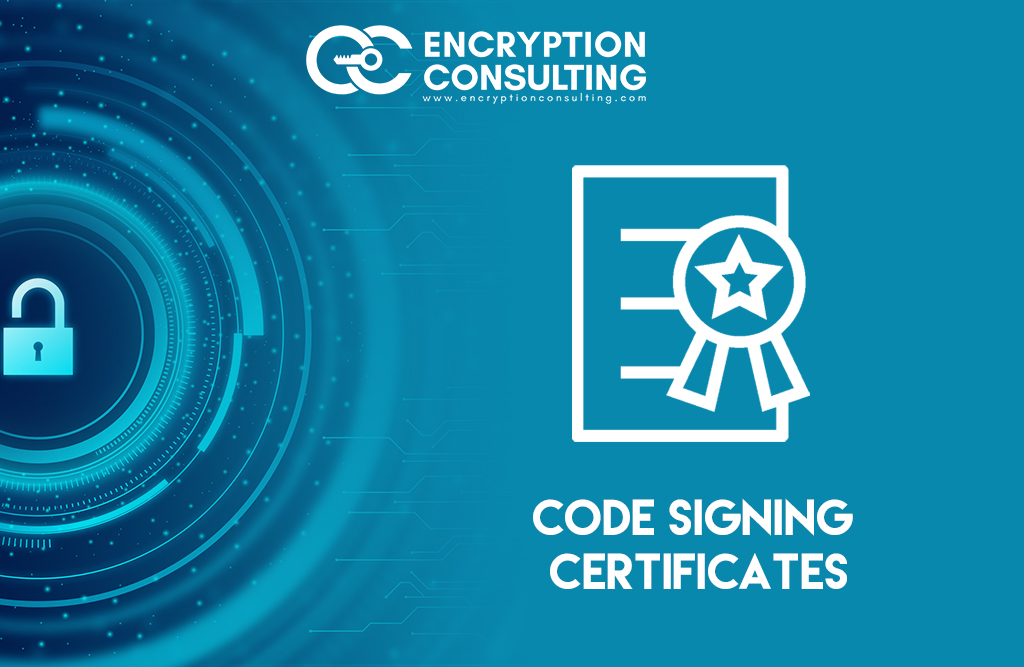 Code Signing is the process of applying a digital signature to a software program intended for distribution over the internet. Code signing helps to verify that the software is authentic i.e. from the original developer, and also helps to validate that the code has not been tampered with by an attacker while in transit e.g. by the insertion of malicious code or malware. The digital signature used for code signing is contained in a digital certificate called the code signing certificate.

For public software distribution, CA issued certificates are the best option. There are two types of CA-issued code signing certificates based on the type of validation.

Extended Validation (EV) Certificates:
EV code signing certificates involve the highest levels of validations and vetting of the software publisher by the CA and are usually issued on a hardware token for additional levels of security. To be issued an EV certificate, apart from the basic requirements of standard certificates, software publishers also need to conform to much more stringent requirements – for example maintaining private keys in a Hardware Security Module (HSM) that is compliant with FIPS (Federal Information Processing Standards) 140 Level-2 or equivalent.

Like any digital certificate, code signing certificates also expire at the end of their validity period. On expiry, the signature will not be validated, and the software may cease to install or execute properly, although nothing is wrong with the software itself. This issue is addressed by the process of time stamping, in which a time stamp is applied to the code at the time of signing the file. This is usually done through another trusted third party called a Time Stamp Authority (TSA), to prove the validity and authenticity of the time stamp. The presence of a time stamp ensures that the software continues to run even though the code signing certificate has expired, giving the publisher time to renew the certificate.

Want to learn from PKI Experts

Get a Free Quote for your PKI services

Leave your message and we'll get back to you shortly.

Register to watch the

This website uses cookies to improve your experience while you navigate through the website. Out of these, the cookies that are categorized as necessary are stored on your browser as they are essential for the working of basic functionalities of the website. We also use third-party cookies that help us analyze and understand how you use this website. These cookies will be stored in your browser only with your consent. You also have the option to opt-out of these cookies. But opting out of some of these cookies may affect your browsing experience.
Necessary Always Enabled
Necessary cookies are absolutely essential for the website to function properly. This category only includes cookies that ensures basic functionalities and security features of the website. These cookies do not store any personal information.
Non-necessary
Any cookies that may not be particularly necessary for the website to function and is used specifically to collect user personal data via analytics, ads, other embedded contents are termed as non-necessary cookies. It is mandatory to procure user consent prior to running these cookies on your website.
SAVE & ACCEPT